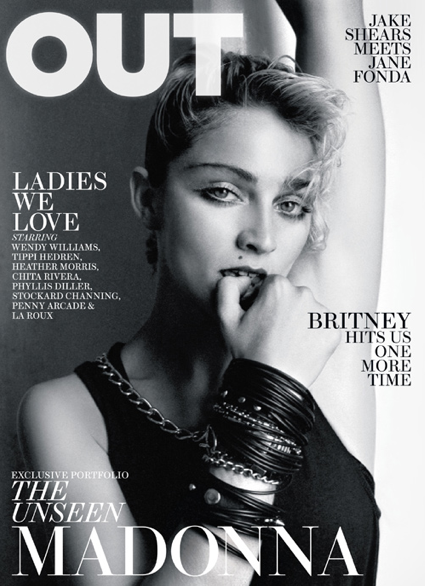 I’m not much of a musical theater person. I do not normally love live theater, either.  I apparently like production values, though, as all the musicals I do love are films. Elvis musicals, for example, I have loved since I was a kid, also the Sound of Music.

Lately, television musicals have my attention. It first became apparent with the now legendary Buffy musical episode, and then Whedon’s cultish follow-up, the Dr. Horrible Sing-a-long Blog. When Glee first came out a year ago, I really was prepared to dislike it, but then I saw the pilot and kept watching it on Hulu. When I started watching the webisode content, I knew… I was in trouble.

One thing I’ve realized: whether you love it or not, you have to give it credit for how it is quietly a show with the most Asian American actors on television, and it is set in Ohio. That is awesome all on its own. Whatever else you want to say about it, between the major characters and the minor, the Glee universe is one where Asian Americans have storylines that are not always about being Asian in America.  Or even being Asian While American.  And for that reason, I can watch it and not feel creeped out, because while I did not grow up in Ohio, it looks like my world, even despite its other comedic distortions.

Last year, the much-anticipated all-Madonna episode came down and the build-up had been extraordinary, as it was the second episode after the return. I was a little disappointed only in that there are, well, enough Madonna songs to do an all-Madonna season, and they were given the entire Madonna songbook to use, as I understand it. In my anticipation for the Nationals in New York episode, I have, occasionally, say…read on my IMDB app about future episodes, the cast who might be there, and as Jesse St. James is due to come back, per rumors on IMDB, after this most recent break, and there ARE more Madonna songs, I found I was just kind of scripting up a Glee Fan Mix episode for the aforementioned upcoming nationals in New York. And as I haven’t posted in, oh, eons, due to a bruising reading, teaching and writing schedule I’ve been on this spring semester (I put myself on that schedule, I’d add), I decided to just do something completely different over here.

In the original Madonna Glee episode at this time last year, Sue jokes of a plan to send the Glee kids to New York with just 35 dollars to get by, the way Madonna did when she arrived from Michigan back in the 80s. I’ll admit: I wanted to see that. Thus, I present my personal Glee Madonna Episode Nationals in New York Fantasy League Fan Mix:

In the lead-up to nationals in New York, Rachel reaches out to Jesse St. James to brag that her team is going to go all the way with original songs. Jesse, impressed but also still technically trying to undo Rachel, quietly renews their relationship online via gchat and texts, and soon, despite Jesse’s betrayal of her last year, Rachel trusts him again. Jesse notes her love of Madonna and when Rachel mentions how much she admires Madonna but could never imagine running off to New York alone, like she did, and yet maybe that’s what she needs to do to be a star… he decides to use the mythology of Madonna to get her to leave with him for New York, to be a star—with just 35 dollars a piece, just like Madonna.

When they see how little it buys now, they adjust it for inflation, to 100. They sing a duet of “Lucky Star” as they meet up and run away, hitchhiking to New York, with cross cuts of them in different cars and dancing on the side of the road and chair dancing in the cars with the various people they catch rides with on the way.

Once in New York, Jesse’s plan is to keep Rachel there just long enough that she is kicked out of school–and unable to be on the team. Her gay dads, who we’ve never met, are introduced finally when they appear at school and demand to know where she is. The Glee team is horrified but Brittany, who still regularly check Rachel’s Myspace* for her daily song posts, especially now that Britanny’s favorite song is “My Headband”, tells the group that Rachel has posted on an update to her Myspace with a single update: “doing it Madonna-style, stay tuned”, which she didn’t mention as she understood it to be something sexual. While her parents are initially horrified, Mercedes and Kurt immediately clue in that she has run away to NYC, most likely with Jesse. As the team decides to head to the city to look for her, Finn sings “Borderline”, with backup from Puck and the boys, and crosscut with Jesse in NYC, singing it as well, who, much against his will, is falling for Rachel for real. This segways into a group performance for the Glee kids of “Keep It Together”, with the team members singing “Keep It Together” as they go home and pack to get what they need to go to NYC for the weekend and find Rachel. Kurt even gets himself a permission slip to leave Dalton, selling the trip to his fellow Warblers as research. When he gets out to his car, he finds Blaine, who insists on coming as well.

Rachel and Jesse, meanwhile, need a cheap place to stay.  They head to the East Village to find it vastly transformed from the time when Madonna arrived, and head out to Bushwick on a bogus Craigslist tip, where they meet a variety of stock characters—the white hipsters who think they’re cute but crazy, and the black and Polish neighborhood residents who think they’re just crazy. They decide they lack the wardrobe for what they’re doing and are only obviously out-of-place Midwestern kids, and so they head back to the East Village to Trash and Vaudeville, where they get East Village Madonna makeovers and Rachel and Jesse sing “Dress You Up”, in a number accompanied by the famed stylist there and the rest of the salespeople. Rachel pulls out the card she was given by her dads to use in case of emergencies and without realizing it can be used to trace her, pays for the purchases, deciding that Madonna would have done this.

Back in Ohio, though, Sue Sylvester has found out what’s up, with her Cheerios telling her during their mandatory Sunday prayer meeting and she declares she smells “unauthorized school trip” and goes to the rule book to find out what does and doesn’t qualify as a school trip. As she exultantly fantasizes about ridding the school of the show choir once and for all, she begins a “Bye Bye Baby” number, complete with a cabaret involving her Cheerio squad in the empty school.

Quinn, meanwhile, has guessed out that Jesse is likely the troublemaker in all of this, and stops off to confront the rival coach before she joins the Glee team in New York.  There the new coach denies any involvement but reveals that he knows what a good kisser Will Shuester is from the previous show choir director, Rachel’s real mom. Horrified, Quinn runs off, while the rival coach performs a number of “Secret”, backed up by his show choir, revealing her feelings for Will run deeper than even she knew. This crosscuts with Will and Emma in New York, desperately searching up and down the city, with Emma referring to Madonna’s unauthorized biography for her old haunts, and as she turns this way and that, Will is singing “Secret” behind her back, guilty for having made out with the Vocal Adrenaline Coach but also still in love with her but also Ms. Holiday.

The Glee kids, meanwhile, are trying to act like everything is fine without Rachel even while also desperately searching for her, but they are also distracted by how exciting it is to be in New York and are having a hard time focusing–Santana and Brittany want to shop, for example, and express the hope that they could find Rachel at the sales. Kurt decides it is time to get pro-active, and creates a fake Myspace profile called Madonnafans and approaches Rachel through Myspace to tell her about a Madonna flashmob in Times Square at the waiting line for TKTS. Of course, it will really just be the team, performing Into the Groove (there is a brief moment when, presenting his flashmob idea to the group, Brittany tells him it should be “My Headband” if he really wants to get Rachel there). The next day, in the bleachers of the waiting area for Broadway tickets, Kurt almost passes out from the sheer excitement of it all. The flashmob is set to begin with Rachel, who has been given the opening bit by Kurt. The team is hidden around her on the bleachers, in various disguises.

In line for tickets is Rachel’s mom, Shelby, the former Vocal Adrenaline coach who left the team to go and chase a better dream for herself. Life in New York has not been going her way. She was going to take a role as a villain in Spiderman: Turn Off the Dark, and it was cancelled, and so now she’s there waiting for SRO tickets to cheer herself up by going to a show: Angels in America. When she hears Rachel’s voice, she runs off the line and joins her, where she sees a shame-faced Jesse St. James and quickly understands what is going on, just as the rest of the Glee team joins in from their various hiding places. As the number builds to a climax, Will arrives with Emma in time to watch in amazement. Jesse, meanwhile, with Shelby glaring at him, abruptly kisses Rachel and tells her he can’t go through with it, that she needs to go back so she isn’t kicked out of school. And with that, he runs off through the crowd as a hurt and confused Rachel is held back from chasing after him by her mom, who looks meaningfully over at Will and a slowly dawning realization comes over the shocked team (and a shocked Emma) look on.

*It has to be Myspace instead of Facebook because Newscorp owns Myspace.