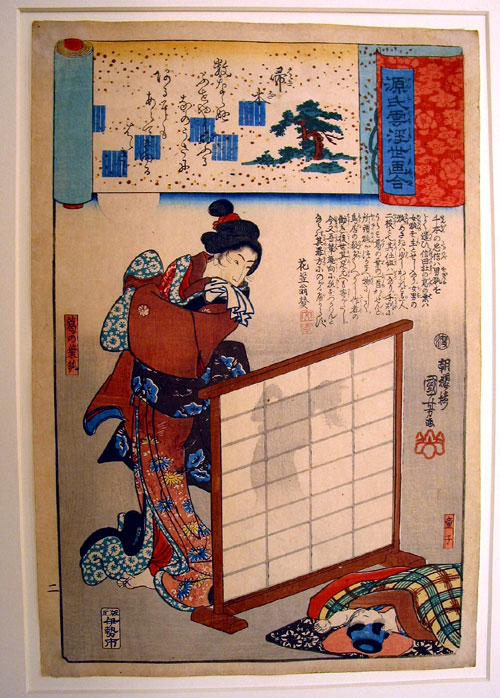 About once a month, I get asked by a colleague or friend for the syllabus I used to teach my seminar on the Graphic Novel at Amherst. Included below is a list of the texts that I used to teach students. In that seminar I allowed optional creative exercises and finals, and that led to me teaching tutorials in the making of comics, which led to me advising two graphic novel theses to summa honors. I’m very proud of those students, who were both also awarded the English Department’s prize for best thesis. Amherst’s English department was very generous and supportive in the teaching I did there throughout, and I’m incredibly grateful for the hard work of all of my students.

I taught the class as an experiment, even an expedition of a kind, and so it was never the same every time. I began teaching it because more graphic novels have been published in the last ten years than in the 30 years prior to that—it is without question an explosion and so I had questions about this explosion. I’d been reading into the history of comics just on my own (as a fanboy going back to age six), and found that the German Expressionist Picture Novel, an important forebear to the modern graphic novel, came of age in Germany in the age leading up to the Nazi Party’s takeover of the government. I wanted to know if there was a relationship.

We live in an anxiety about language now, I think, that has created this boom, an Age of Euphemism, and I do think there’s something about the comic that can move through the lies and subvert the euphemism in what we as readers experience as victories for truth. Linda Barry, in her masterpiece, What It Is, included here, describes an idea of art, the making of it and the experiencing of it, as part of our immune system, and I like thinking about this idea. It’s part of why I introduced the making of comics into the teaching of them.

The above, an Ukiyo-e woodblock print by Kuniyoshi, is one of the pieces of art that led me into my interest in the graphic novel. The visual pun at its center emits a narrative force, a dramatic irony—you are drawn into the story about to happen, the idea that the fox has cast this illusion around it and has not yet been caught by anyone except the artist and the reader. Comics and graphic novels at their best play with this and the other forces a visual pun brings to bear. It’s one of the things a comic or graphic novel can do that prose alone has to play catch-up with—creating in the mind of the reader simultaneous contrasts, the fox as woman as fox as illusion.

I mention this because I am frequently challenged on the idea of teaching the form, much less reading it. Also, some of my students mistakenly think of graphic novels progressively, i.e., they will write papers for me saying why they are “better” than prose literature, as if that is our class mission. But it isn’t and wasn’t. My sense of the form is that it is capable of uniquely expressing something, in a way that sets it apart from either prose literature, poetry or film. Discovering and articulating that capacity is among the class missions. There was never only one mission.

For me, Marjane Satrapi explained “why comics” best, when she said, at an appearance at Smith College, “I write what I can’t draw, and I draw what I can’t write.” This struck me as an important way to think about the artist-writer creator (a clumsy way to say “someone who can do both”). Most of the texts I taught were written by people of this category, but there are writers for the form, like Frank Miller and Alan Moore, who do not do their own drawings and it would be disingenuous at best not to include their cooperative works with artists, in terms of their cultural impact, but the distinction does ask important questions.

While the field is considered new at best (it is routinely dismissed as unserious by many) the boom also means that I could have easily taught the course as a year-long class, with a “History of Comics” first semester and a “Graphic Novel” second semester, and if the post I had at Amherst had been tenure track, I might have considered it, and could easily have filled it. Teaching the graphic novel typically means you’ll be popular with students but potentially controversial with colleagues, to be clear—and on the job market, it has been both a plus and a minus, with faculty both intensely interested and intensely repulsed. It is a polarizing form to teach right now, more so than creative writing, which still suffers in the esteem of many academics, despite its popularity.

Of course, in my experience over the years, there are few things more politically dangerous within an English Department than teaching something popular with students. It makes whatever it is both valuable and suspect.

Having said that, for those interested in teaching this sort of course, or in just reading more of the form, here is…

I taught the class using a variety of texts to the side, like Freud’s essays on the Uncanny, Jokes, Screen Memories and Dreams (Freud even made a comic called “Dream of the French Nurse” as an illustration for his work on dreams, without even feeling the need to describe why he thought comics were perfect to reflect dreams), and Simone Weil’s The Iliad or a Poem of Force (Greek gods being the early cultural prototype for super heroes).

Some caveats for those attempting to teach these texts in the classroom: Comics may be thought of as inexpensive, but 4-color art illustrations on good paper means the average graphic novel is expensive. The class was a financial burden to some students, and while some texts can be bought second hand, consider approaching your library with your list in advance and having the books purchased and placed on reserve during the class.

Also, you will attract a mix of students, typically, some who know only a few of the most famous recent graphic novels, and, as a friend mentioned with her trial class recently, a group who may be more knowledgeable than you in terms of comics history. These people may even believe a mastery of arcana is necessary to even teach the class (not true). Comics Arcana is the gang handshake of the “fanboy/fangirl” as these readers are called (and yes, I fanboy). Comics fans are a fierce claque, comparable, I think, only to opera fans in terms of the withering scorn they can bring to bear when you come up short. Just remember that with a seminar you are reading to learn as much as there to teach, and encourage an atmosphere of group discovery. A series of midterm presentations can be informative and also allow those who invariably feel they should really be teaching the class a moment to express their nascent egotism creatively. I.e., to share their knowledge base with their peers (and you). They don’t really want to teach the class—they want to learn something from you. But to do that, they need to respect you, and if you indicate you respect the years of obsessive reading they’ve done to the side of their main course work, unexpressed until this class, it’s usually a win.

Of the student favorites, it appears I made lifetime readers of Ronin, Astonishing X-Men, Scott Pilgrim, Battle Angel Alita and Lone Wolf and Cub. Epileptic was a crowd pleaser, as was Shortcomings. Anders Nilsen’s two books are the absolute favorites of the comics creators students, also Blankets, Poor Sailor and Mother Come Home—the students who wanted to make comics had very specific loves apart from the critical favorites. Student reaction to Jimmy Corrigan was mixed, with some finding it brilliant and others maddening and depressing.

Note to those setting off to teach a graphic novel class of their own: I didn’t teach all my favorites, so they aren’t all on this list. I did that partly because it’s nice to have something that is just yours, as a reader. I did teach what I think of the as the “warhorses” despite personal preferences: The Watchmen, for example, which I find a bit hammy as a reader, is good to teach, though be prepared for to also teach your students something about the Iran-Contra scandal (they won’t initially believe it happened). I teach the book because it was ground-breaking, and much of what followed was heavily influenced by it. It completely changed the way creators dealt with even the idea of a superhero. But that also must be added to, contextually–like many things that are groundbreaking, it doesn’t look groundbreaking now.

Scott Pilgrim was hilarious to teach because students initially believed it to beneath the class’s attention: “All of my friends talk like this,” one of my students said. “Why are we reading this?” But that, of course, was why: Scott Pilgrim was a story created with and even within the vernacular of their generation, something they also want to do, and so I felt it mattered, and included it.